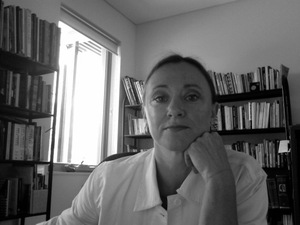 Gail Kenning is a practice-based arts researcher, educator and writer.

Gail has received funding for research projects including Crafting Wellbeingexploring the relationship between art, craft and health and wellbeing, ageing and dementia and E-electioneering 2013 exploring the use of social media in the 2013 Australian election. Gail is currently working on a collaborative project with Dr Cathy Treadaway at Cardiff Metropolitan University in relation to digital media, craft and wellbeing, and play in relation to elderly people and persons with dementia. In addition, she is exploring how craft-based textiles can be used to visualise, materialise, contextualise and provide meaning to data sets and information.

Gail was awarded a PhD Art theory from the College of Fine Arts, University of New South Wales (UNSW 2009) for her work exploring evolutionary patterns and code in relation to craft-based textile forms. She is published in Media International Australia and Leonardo (upcoming), has presented at conferences nationally and internationally including the International Symposium of Electronic Arts (ISEA) in 2009, 2011 and 2013, Art Health and Wellbeing 2013 and is an invited speaker, including at Hangzhou, Academy of Arts, China.